What are you reading this summer? Here are six books written by A&S faculty on various topics: 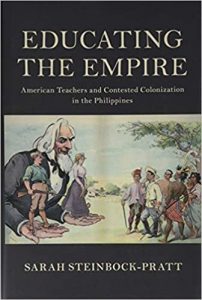 In 1899, as a result of the Spanish-American War, the United States annexed and colonized the Philippine Islands. Desiring to show that its occupation would be more benevolent than other imperial powers had been, in 1901, the government sent almost one thousand American teachers to “uplift and civilize” the Filipino people. However, while the teachers were charged with carrying out the government’s vision of colonial education, the teachers themselves often had dramatically different reasons for going to the islands, which at times clashed with their official duties.

“Writing Educating the Empire allowed me to delve into the world of the American teachers in the Philippines. By looking at the schools, one can really see how empire never plays out on the ground that way that colonial officers intended. Rather, American teachers, and the Filipinos among whom they lived, were able to pursue their own agendas regarding colonial education, and to contribute to shaping the colonial state itself,” said Steinbock-Pratt.

The Long War over Party Structure

A long-standing debate in American politics is about the proper structure for political parties and the relative power that should be afforded to party professionals versus issue activists. In this book, Byron E. Shafer and Regina L. Wagner draw systematically on new data and indexes to evaluate the extent to which party structure changed from the 1950s on, and what the consequences have been for policy responsiveness, democratic representation, and party alignment across different issue domains.

Wagner explained, “A common assumption about party reform is that the disempowerment of the “old guard” and the influx of party activists democratizes party politics and brings elites and rank and file into closer alignment. We find that, contrary to expectations, one of the main effects was a contribution to polarization. While party loyalists care about winning elections, issue-oriented activists care about driving their preferred issue forward. One of the stories we try to tell is that of the unintended consequences of party reform.” 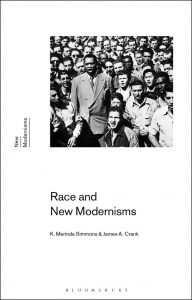 Simmons explained, “​So much of what we think about as “modernist” phenomena are still vital components of contemporary anti-racist aesthetics and activism: revised deployments of old rhetoric, experimentation and collaboration across broad networks, and savvy utilization of new media, just to name a few. The structural impediments that attempt to quash such creative and intellectual work remain as well: empire-building in the name of globalization, rampant marketing of racial otherness for corporate profit, and legal apparatuses maintaining white supremacy. The art and ideas that emerge in such crucibles are ones that steer us away from white and Anglophone gazes and instead offer new ways to complicate the boundary between self and society. As such, they deserve our earnest attention.”

Bed is where we sleep and dream, where we make love and give ourselves nightmares. The thirteen stories in Wendy Rawlings’s Time for Bed traverse the complicated terrain of bedtime activity, from adulterous couplings to nightmares that come to life, in terms that can feel lurid, unsettling, or disturbingly funny. A college student struggles with her mother leaving her father for a “cafeteria lady” at her high school. A woman loses her only daughter in a mass school shooting and goes on a road trip to buy a custom coffin, then decides to take a side trip to NRA headquarters. A daughter decides she should be born again—literally. Social, cultural, and familial disruption haunts these characters in their waking lives as they look to grab something or someone for stability. 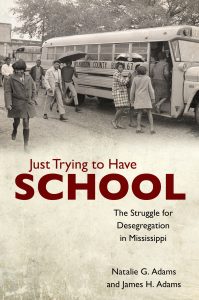 Just Trying to Have School

Just Trying to Have School tells the story of the tumultuous events leading to the desegregation of public schools in Mississippi, the last state to comply with the Brown v. Board of Education (1954) ruling. Natalie Adams and James Adams interviewed over 100 teachers, students, principals, administrators, coaches, parents, school board members, and community leaders involved in the desegregation of their local schools in the 1960s.  They weave these oral history accounts with archival research to present a very accessible account of the diverse ways in which local communities responded to school desegregation.  They delve into such topics as sports, extra-curricular activities, and protest to highlight the important role of high school students in desegregating schools.  They end the book by linking these historical events of 50 years ago to contemporary issues in education, such as resegregation, charter schools, tuition vouchers, and the privatization of education.

The Austrian School of Economics—a movement that has had a vast impact on economics, politics, and society, especially among the American right—is poorly understood by supporters and detractors alike. Economists such as Ludwig von Mises, Friedrich Hayek, and Joseph Schumpeter built the School’s international reputation with their focus on individualism—and deep antipathy toward socialism.

In this collective biography, Janek Wasserman brings these figures to life, showing that in order to make sense of the Austrians and their continued influence, one must understand the backdrop against which their philosophy was formed.