‘More than just a race’: Northwest Florida Daily News – May 20

Michele Hill’s legacy to give back to her community continues even eight years after she passed away from heart disease. Since 2010, the Michele Hill Raider Run has raised more than $200,000 for college scholarships. When the program began they awarded six students. This year alone more than 45 students were awarded $1,000 college scholarships … Rebekah James was a 2013 recipient of the scholarship. She is currently working toward her master’s degree in art history at The University of Alabama. She considers the scholarship a blessing in many ways.
Santa Rose Press Gazette (Florida) – May 20

Eight writers to be honored: Tuscaloosa News – May 21

The Alabama Writers Hall of Fame will induct eight new members in its third class, including University of Alabama alumni Winston Groom and Gay Talese. The induction ceremony will be Thursday at UA’s Bryant Conference Center on campus.
CBS 42 (Birmingham) – May 24
WVUA (Tuscaloosa) – May 24
Fox 6 (Birmingham) – May 25

What Texans think causes mass shootings and what they get wrong: Houston Chronicle – May 21

After a 17-year-old shooter left 10 dead in Santa Fe last week, Texas has once again become the nation’s latest example in the epidemic of mass shootings. “There’s been too damn many of these,” Cruz told reporters following the school shooting. “Texas has seen too many of these.” … To understand how closely public opinion aligns with reality, Chron.com reached out to Adam Lankford, a criminology professor at The University of Alabama whose 2015 study of mass shootings in 171 countries has been widely cited.
My San Antonio – May 21
Laredo Morning Times – May 21 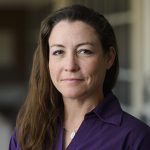 Joining us with an analysis of what we are seeing is Kim Genareau, a University of Alabama volcanologist red hot lava continues to erupt in Hawaii and it’s streaming down to the sea. Experts say there are two flows heading to the coast. That’s creating large plumes of laze – which is toxic steam and tiny shards of glass.
Fox 6 (Birmingham) – May 24
WDFX-Fox (Dothan) – May 24
WSFA-12 (Montgomery) – May 24
WAFF-NBC (Huntsville) – May 25

Competition sparse in many Alabama legislative districts: Al.com – May 23

The powers of incumbency and district gerrymandering are squeezing out competition for seats in the Alabama Legislature, analysts say. All 140 seats in the Legislature were up for grabs this election year, but voters in many districts won’t see a choice on their ballots when they arrive at the polls on June 5 … “Most people don’t realize how many districts go uncontested and I think that if this received more attention, voters would be concerned,” University of Alabama political science Professor Richard Fording said.
CBS 4 (Dothan) – May 23

Unmarked graves along US-82 in Tuscaloosa could hold up lane expansions slated for 2019 if the Alabama Department of Transportation would have to move the grave sites for the project … The graves were discovered, using ground penetrating radar, by The University of Alabama’s Office of Archaeological Research, which will assist in any movement of the graves that is needed.
ABC 9 (Columbus, Georgia) – May 23
NBC 12 (Montgomery) – May 23
Fox 6 (Birmingham) – May 23
WBHM-FM (Birmingham) – May 25

What is ecstatic dance – and can it improve your health?: US News and World Report – May 24

The stars. That’s what Karen Bond remembers most from her first ecstatic dance experience on a farm in Wales in the 1980s. She also remembers the drumming, chanting and, of course, the dancing that lasted until the sun replaced the stars. While she didn’t know anything about the people around her (save her boyfriend, with whom she had traveled), she felt deeply connected to them. “The feeling of unity, universal love – it’s really actually hard to describe what it’s like, and yet we know what a person is talking about in a sense when they describe this experience,” says Bond, who was working in the dance department of an Australian university at the time.  Fast forward 35 or so years, and that kind of spontaneous, joyful movement to music that wordlessly connects people is formalized in classes, programs and meetups across the U.S. Called many things including conscious dance, ecstatic dance, improvisational dance, trance dance and spontaneous dance, the practice is easiest to describe in terms of what it’s not, says Sonya Pritzker, a Chinese medicine practitioner and assistant professor of anthropology at The University of Alabama who runs a monthly dance “tribe” in Tuscaloosa.

Next week Alabama gubernatorial candidates will take center stage for debates at The University of Alabama. The GOP candidates are up first on Tuesday, May 29th at 7:00. All have accepted the invite except for current Governor Kay Ivey. And the Democratic debate is next Wednesday at 7:00. Candidates Sue Bell Cobb, Christopher Countryman, James Fields and Walt Maddox will participate.

There’s a great big world out there—and, as Dr. Bill Worden told current students on May 25, knowing a second language opens up opportunities at home and abroad. Worden, a former Old Rochester Regional High School graduate (and a teammate of teacher Steve Carvalho, he added), is a professor of Spanish at The University of Alabama. But, he said, he didn’t even start learning Spanish until the age of 22.