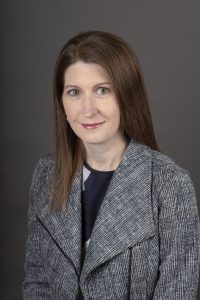 From the March 2021 Desktop News | Dr. Michelle Dowd, the Hudson Strode Professor of English at UA, was recently elected a trustee of the Shakespeare Association of America (or SAA), one of the largest professional organizations in early modern literary studies.

The organization, which was founded in 1972, serves scholars from around the world, including North America, Asia, Australia, and Europe. Dowd, who has been a member since she was a graduate student in 2001, says that the organization’s focus on collaboration and community at its annual conference have helped her to foster strong relationships with her colleagues.

“It’s not just focused on Shakespeare—it’s been very open and welcoming to different kinds of theoretical approaches, historical approaches, literary approaches,” Dowd said. “I think that the field has diversified so much in important ways over the last several decades and, in order for us to do our work well, we often rely on the work others have done. So that collaboration that the organization provides is key.”

Over her three-year term, Dowd is most excited to work on the SAA’s annual conference. Instead of a traditional conference where scholars read papers, the organization focuses on a seminar-style, where attendees read the presenter’s work ahead of time and spend conference time giving feedback and offering ideas for collaboration. With this model, Dowd believes that the SAA allows its members to come up with new, innovative ideas that expand the study of early modern literature.

“The seminars are really generative, and there’s a huge emphasis on collaborative intellectual engagement,” Dowd said. “It produces opportunities for collaboration, for true intellectual conversation that I haven’t found to the same extent at other conferences, and I think that the organization really has supported that model from the very beginning.”

Along with supporting the seminar model of presenting new work, Dowd hopes to further the SAA’s focus on expanding its membership to other specialities and bringing in scholars from all types of institutions and backgrounds.

“I’m certainly not the only trustee coming from a public institution, but I can bring a perspective from a southern public institution and really advocate for graduate students, as well as other scholars from these types of institutions,” Dowd said. “It’s really wonderful to be able to represent those voices on the committee. And beyond that, I want to just continue the efforts of both the Strode Program and the SAA through my leadership position.”