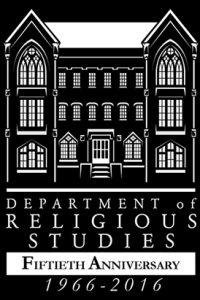 From the March 2017 Desktop News | Prayer in public schools has been a controversial issue for decades.

But it was out of that very issue that religious studies departments across academia were birthed.

On June 17, 1963, in the case of Abington School District v. the Schempp Family, the Supreme Court ruled 8-1 in the favor of Edward Lewis Schempp, decreeing that mandated Bible reading and prayer in public schools is unconstitutional. However, the judges said that it was perfectly sensible to promote the academic study of religion that neither promoted nor criticized it.

Dr. Russell McCutcheon, chair of The University of Alabama’s religious studies department, said it was at this point in the history of the U.S. that departments of religion started springing up on public college campuses, and in a surprisingly short amount of time.

“We picked 1966 because courses at UA in religion date all the way back to 1930s, but they were taught back then by campus chaplains,” McCutcheon said. “It wasn’t until 1966 that Ph.D.-trained scholars in religion appeared in the undergraduate course catalog.

“Theological or normative discussions of religion shouldn’t be happening in a public university in keeping with the First Amendment, but the academic study of religion wasn’t taught here until 1966 and that’s why we pick that year as the birth of the department. It’s a story you see played out all across the U.S.”

Now, five decades later, UA’s Department of Religious Studies is celebrating its 50th anniversary with a showcase of its accomplishments by students, graduates, and faculty.

“A lot of units would invite people from outside to talk, as part of these celebrations, but we reasoned that the strength of our department is its current students, past students, and our faculty,” McCutcheon said. “So our logic is we wanted to highlight those three groups.”

On March 28, Dr. Michael Altman and Dr. Theodore Trost will present, “Faculty Lectures: Remaking Religious Studies, Past and Present” from 2 to 3:30 p.m. at Gorgas Library room 205.

“We’re a nice example of what happened across the country,” McCutcheon said. “Our department used to be three people, but it is now 10 people, and we’re starting our very first master’s degree program in the fall, so as the University has expanded, so has the religious studies program.”

The department’s anniversary celebration will continue on March 29 with the fourth annual undergraduate research symposium from 9 a.m. to noon at Gorgas Library room 205. Like the campus-wide lecture event, current religious studies majors and minors will be presenting their original work.

The celebration concludes the evening of March 29 with an alumni panel called “Critical Thinking beyond the Classroom.” The panel will feature five UA religious studies graduates who will talk with 100-level students about the relevance of studying religion.

“They will talk about how liberal arts training was really crucial to their success,” McCutcheon said. “They work in all different kinds of careers—from teaching to business and even higher education. We want to expose our students to people who do different things. Things they may not have thought about when they came here.”

The alumni panel consists of:

The College of Arts and Sciences is funding the anniversary celebration, which is free and open to the public. Learn more about the religious studies department at its blog.