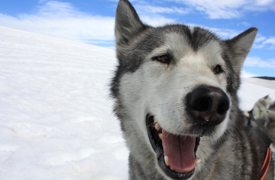 “Oh Long Johnson,” a cat once said, back in the primordial history of Internet memes. “Oh Don Piano. Why I eyes ya.” Or so said the captions — appended to the gibberish of a perturbed house cat on “America’s Funniest Home Videos” in 1999 and rediscovered in the YouTube era, when millions of people heard something vaguely human echo in a distant species … At least, that was the common thinking when Dion was little. It dates back to a study on a dead rhesus monkey in 1969, said Tom Sawallis, a linguist at the University of Alabama.

Academics Race to Save Rare Colonial Documents in Cuba

HAVANA — An American team of academics is racing to preserve millions of Cuban historical documents before they are lost to the elements and poor storage conditions. Many of the documents shed light on the slave trade, an integral part of Cuba’s colonial history that was intertwined with that of the United States. David Lafevor, a history professor at the University of Texas at Arlington, and his brother Matthew, a geography professor at the University of Alabama, have worked since 2005 to make computer copies of millions of documents mouldering in damp storage spaces on the island. Their latest project is a partnership between the British Library Foundation and Vanderbilt University to capture almost 2 million documents in digital form, a treasure trove stretching back to the mid-16th century of documents about early island life and the slave trade.

It may seem juvenile, but scientists across the world are working to answer the burning question: Does it fart? We all know that humans fart, but what about other animal species? If you’re curious to find out, there’s now a Twitter hashtag, #DoesItFart, circulating, along with a Google Spreadsheet listing all of the animal species that do, and don’t, cut the cheese every now and then … “We spend a lot of time with our study organism and see some interesting or weird behaviors,” said Nick Caruso, a researcher of salamanders (which do not fart) at the University of Alabama and creator of the open-access #DoesItFart spreadsheet.