Little aliens in Death Valley? Yes, the proof’s in the original ‘Star Wars’
Las Vegas Review-Journal – Dec. 10
You can’t see “Rogue One” just yet, so here’s another “Star Wars” story for you: A long time ago in a desert outpost not so far from Las Vegas, seven lucky kids got to skip class to appear, ever so briefly, in one of the highest-grossing films of all time. Remember the Jawas, those little scavengers in the brown hooded robes who make off with R2-D2 near the beginning of the original “Star Wars” movie? Some of them are played by students recruited from a one-room schoolhouse in Death Valley in early 1977 … For the past 15 years, Weber has worked as a professor in the geography department at the University of Alabama.

Racist groups in US emboldened by arrival of Donald Trump
Irish Examiner – Dec. 11
What concerns people fighting racism in America is the fact that both men exploited the justifiable fears and concerns of an angry electorate, hungry for jobs and better wages, by using racially charged language from the first day of Trump’s campaign on June 16, 2015 … George Hawley, a University of Alabama professor who has studied them, says typical followers are white millennial men, either in college or with a college degree, who are secular, perhaps atheist, and are “not interested in the conservative movement at all”.

“Can Men And Women Be Friends?” Is A Question We Need To Stop Asking & Here Are 4 Reasons Why
Bustle – Dec. 12
Among all the age-old questions explored in movies and around dinner tables, few are more popular than: Can men and women really be friends? And the fact that we’re still asking it says a lot about our culture. Of course men and women can be friends, and every reason someone might believe otherwise is fraught with sexist, heteronormative assumptions … Fortunately, most people don’t buy into this notion that a friendship between people of the “opposite” sex is impossible. A University of Alabama study last year found that the majority of people believe it is — which is encouraging, but it comes with a major caveat.

Can studying religion help us make sense of ‘Pizzagate’ 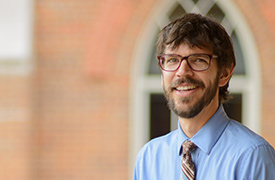 Dr. Michael Altman, a professor in the Department of Religious Studies, recently penned an editorial for al.com.

Al.com – Dec. 13
Last Sunday Edgar Welch drove from his home in North Carolina to Washington, D.C. and walked into the Comet Ping Pong pizza restaurant armed with an AR-15 assault rifle, a revolver, and a folding knife. He came to save the children he believed were trapped in a sex trafficking ring run out of the basement of the restaurant. (By Michael J. Altman, assistant professor of Religious Studies at the University of Alabama. He teaches and writes about religion in American culture, politics, and history.)

THE PORT RAIL: ‘Retirement’ a word that means little in my life – Dec. 14 – Larry Clayton