Reading is proven to reduce stress and increase relaxation. As you relax during the summer months, enjoy these books written by six A&S faculty, current and emeritus, from several departments: 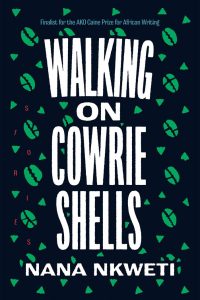 A finalist for the AKO Caine Prize for African Writing, Nana Nkweti’s dazzling debut story collection pulls from mystery, horror, realism, myth, and graphic novels. Walking on Cowrie Shells showcases complex and vibrant characters in a mix of stories from a tale of struggle about a pregnant pastor’s wife to a satirical romp about a zombie outbreak.

Hard White: The Mainstreaming of Racism in American Politics

The white nationalist movement in the United States is nothing new. Yet, prior to the 2017 “Unite the Right” rally in Charlottesville, Virginia, many Americans assumed that it existed only on the fringes of our political system, a dark cultural relic pushed out of the mainstream by the victories of the Civil Rights Movement. Hard White explains how the mainstreaming of white nationalism occurred, how it shapes our politics today, and how it will have enduring effects on American electoral politics for some time to come.

Fording explained, “When we began the research for this book in 2016, many people thought that our arguments about the political significance of the white nationalist movement were over-stated. While writing the book over the next 2-3 years, we watched in amazement as it became increasingly clear that not only were we right about the mainstreaming of right-wing extremists into the Republican Party, but that we might even be under-stating its significance. Now, more than ever, Americans need to have a clear understanding of what has happened to the Republican Party under the leadership of Donald Trump.”

Islanders and Empire: Smuggling and Political Defiance in Hispaniola, 1580-1690 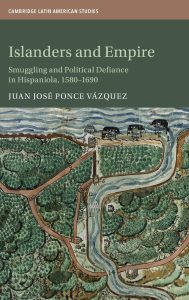 Winner of the 2021 Alfred B. Thomas Book Award from the Southeastern Council of Latin American Studies, Islanders and Empire provides an in-depth portrait of Hispaniola colonial society across the long seventeenth century. It exposes the mechanisms through which local smugglers created political networks that defied and took advantage of the institutions of the Spanish monarchy for their own benefit.

“Using a very narrative style, this book allowed me to put at the center of my historical analysis a place that is often overlooked by historians of the Caribbean and the Atlantic. It explains how places like Hispaniola, often considered unimportant, are crucial to understand the Spanish empire in the Americas and the imperial rivalries that defined the Caribbean world of the 1600s,” said Ponce Vázquez.

“I wrote Bad Jamie as an homage to the Southern Appalachian area from which my mother’s family hails,” explained Kidd. “The low green mountains, rocky creeks, and old homesteads were ubiquitous parts of my childhood and remain so important to me now. Bad Jamie also gives me a chance to reuse and adapt snippets of family stories—the grandmother woodpeckers are nods to a favorite story of my mother’s and grandmother’s in which a woman turns into a woodpecker after being reticent to give away her best baked goods. There are other slanted references to family lore peppered throughout the book.

“My greatest hope for readers of this magical realist, poetic narrative is that they will find characters to root for and that they will experience a sense of wonder as they trace the strange, meandering path of Bad Jamie and his family.”

Tortured Logic: Why Some Americans Support the Use of Torture in Counterterrorism

Nearly half of the American public thinks that torture can be acceptable in counterterrorism. In contrast, research and experts overwhelmingly show that torture is ineffective. Yet, much of the general public appears unconvinced. Why do some people support torture—and under what conditions—while others do not support the practice? Kearns used a series of experiments and interviews to find the answers in Tortured Logic.

Kearns described, “Results show that overall support for torture in counterterrorism is conditional on a few key factors: perceived efficacy (whether it works), type of torture being used (how intense it is), social identity (who is doing it and who it is being done to), threat salience (how imminent the threat is), and framing by experts (who discusses it in public and how it is discussed)…In short, changes in average support for torture come from those with fluid views—the subset of the public whose opinion can be swayed. To constrain support for torture and potentially reduce its use, efforts should focus on convincing those with fluid views that torture is ineffective and should not be supported in any circumstance.”

Behind Glass in Russia, 1992: An Archaeologist’s Journal 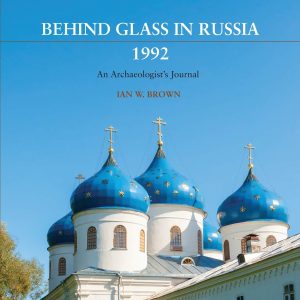 In September of 1992, Dr. Ian Brown joined an archaeological delegation in Russia, sponsored by People to People International, less than a year after the collapse of the Soviet Union. Brown maintained a detailed journal of their activities as they explored regions stretching from St. Petersburg to Novgorod and into the steppes and the Northern Caucasus Mountains.

This was an important time of transition for Russia, when things were not quite what they were like under the previous Soviet regime and certainly not at all like what exists two decades into the new millennium.