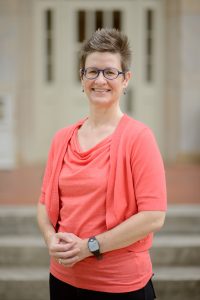 Over the last twenty years, the quality of nursing-home care across the nation has changed dramatically. Residents have more choices over their accommodations, their food, and their schedules than ever before; but when Dr. Lynn Snow, an associate professor in the Department of Psychology at UA, a principal faculty member in the Alabama Research Institute on Aging, and a clinical research psychologist at the Tuscaloosa Veterans Affairs Medical Center, visited nursing homes throughout the country, she noticed the care was somewhat one-sided—focusing more on physical well-being than emotional well-being.

“We can count the number of pressure ulcers or the number of falls, and we can monitor weight and diet,” Snow said. “But it is harder to measure the psycho-social side of life.”

Wanting to create a way for busy nurses and staff to measure the emotional welfare of their residents without taking too much of their already limited time, Snow and her colleagues came up with a program that anyone could learn—and use—in just five minutes. And with the support of various grants from the U.S. Department of Veterans Affairs, she is now helping the nation’s largest integrated health care system to enhance the emotional health of veterans living in these facilities.

The program relies on all personnel at the nursing home—from the nursing assistants to nurses, recreational therapists, and physicians—and each are asked to assess and record the frequency and quality of resident engagement in five-minute snapshots.

“In each snapshot, the staff member goes into an area, and, working left to right, rates each person’s engagement,” Snow said. “If the resident is just watching something, we call that receiving only. If the resident is actually involved, then that is considered active engagement, and if they are staring into space, sleeping, or have their eyes closed, then they are not engaged.”

The staff record their findings, and then they regularly come together for short “huddles” to discuss what they saw. They focus on the positive by pinpointing when residents are most engaged and then try to replicate those scenarios.

“We call this the bright-spots approach,” Snow said. “People don’t solve problems by focusing on failure. They develop solutions when they recognize and then reproduce what has gone well.”

One thing Snow hopes to see as the program rolls out is that staff members, who often cannot take an hour to sit and talk with residents about their life stories, will begin to utilize the time they already have with the residents to engage and grow their relationships—talking to them when they are moving them or helping them eat. She says this is often done silently, not because staff members don’t care about the residents, but because their focus on physical health and safety indicators sometimes causes them to overlook how relationships and emotional health are absolutely necessary for physical health.

Snow hopes that as staff members realize that residents’ quality of life can be increased through these small but frequent moments, they will begin to take advantage of these opportunities.

“It’s a low-level goal to shoot for,” she said. “But we think it will make a difference without singling people out, and start a cascade of bigger changes over time.”

Reflecting the national scope of the VA, Dr. Snow partners with Dr. Christine Hartmann, a social work professor at the VA in Bedford, Massachusetts, and a large interdisciplinary team separated geographically but connected by teleconferences, the VA system, and the University’s Alabama Research Institute on Aging. Snow particularly cherishes her team’s close relationships with nursing staff at the VAs in which they have worked.

“Nurses are the only people who are at the nursing home, on the floor, 24/7, 365 days a year,” she said. “They carry a special responsibility and deserve much more recognition and support.”

Snow and her team originally tested their new method in six nursing homes across the nation and saw positive results. Over the summer they created implementation guides, training videos, and other training materials in preparation for an anticipated national roll-out to all 135 VA community living centers in the United States. The materials were also tested at an additional eight nursing homes to assure they met the needs of staff.

“My dream was to conduct research that directly influences and informs actual care,” Snow said. “And now I am.”

CORRECTION:  This article was updated 11/7/16 to note that Dr. Lynn Snow is also a principal faculty member at UA’s Alabama Research Institute on Aging.