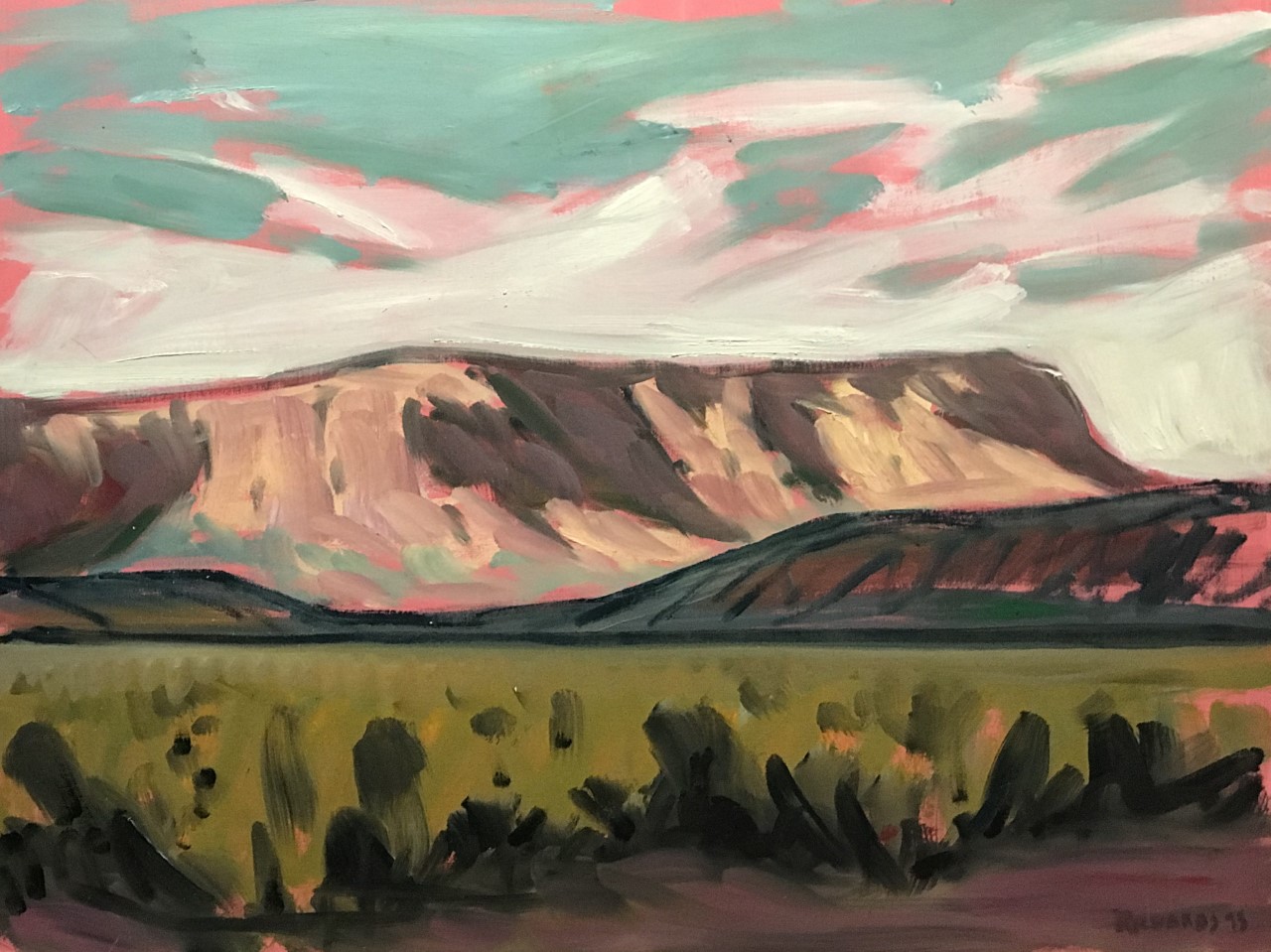 In February we will feature the work of Richard Richards with an opening reception on February 1st from 5-8pm. The show, aptly titled Tinted Grounds, refers to his underpainting and backgrounds. “Painters have long used tinted grounds, at least since the Italian Renaissance, but typically they have restricted the grounds to earth tones. While this can help produce a color coherence, we might wish for something brighter, livelier and more intense. So we can instead use a more intense color and let it “pierce” or “bleed” through the top layers of paint, lending an overall coherence to the colors, and generating dynamic color interactions at their points of contact. This can sometimes be surprising or unexpected given what is being represented, ” Richards says of his approach in making his work. Runs through February 22nd. Reception First Friday, February 1st from 5-8pm.

Richard Richards, Professor and Chair of the University of Alabama Philosophy Department, served as Artist-in-Residence at Yosemite National Park (1990-1991), exhibited artwork as part of the Arts-in-Embassies program, and has been represented by commercial galleries in Washington D.C., Jackson Hole, Park City and Salt Lake City. His philosophical research focuses on aesthetics and the history and philosophy of biology. He has just finished his third book with Cambridge University Press, The Biology of Art, which is currently in-press. Prior to his graduate study in philosophy at Johns Hopkins University, he was a professional ballet dancer, performing with major companies in Europe and the United States.