The University of Alabama will recognize the achievement of outstanding students and faculty during Honors Week, April 5-9, culminating in the Tapping on the Mound, a UA tradition since the early 1900s. An in-person Tapping on the Mound ceremony will be held at 1:30 p.m. Friday, April 9, on the Mound at the west side of the UA Quad for honorees and two guests per honoree. The Center for Public Television and Radio will stream the full ceremony live for additional guests on the UA Parent and Family Programs Facebook page.
Crimson White

Experts in the intelligence community say that torture is ineffective. Yet much of the public appears unconvinced: surveys show that nearly half of Americans think that torture can be acceptable for counterterrorism purposes. In this Q&A, Erin M. Kearns and Joseph K. Young discuss their new book, Tortured Logic: Why Some Americans Support the Use of Torture in Counterterrorism, which answers the question, “Why do people persist in supporting torture—and can they be persuaded to change their minds?”… Erin M. Kearns is an assistant professor in the Department of Criminology and Criminal Justice at The University of Alabama… 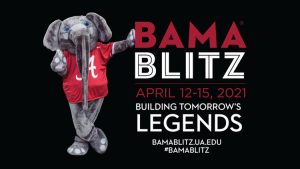 “Antigone”: The University of Alabama Department of Theatre and Dance has made available its virtual production of Fitts and Fitzgerald’s translation of Sophocles’ “Antigone” through Sunday, April 11. Visit ua.universitytickets.com to purchase tickets, $10 general admission free for UA students. Viewing instructions will come by ticket confirmation email.

The Center for Youth Development and Intervention at The University of Alabama needs families’ help to conduct a simple study, and is willing to pay.
WVUA

In securing a vote, Bessemer workers had defied expectations and broken a significant barrier, said Michael Innis-Jiménez, a professor of American studies at The University of Alabama, who called the result “a setback” rather than a defeat. “If Amazon is going to continue to be successful as a company, it’s going to have to change its labor practices — and part of that is working with unions,” he said. “The question is going to be whether it’s going to be forced upon them or whether they’re going to come to the table, literally coming to the bargaining table.”