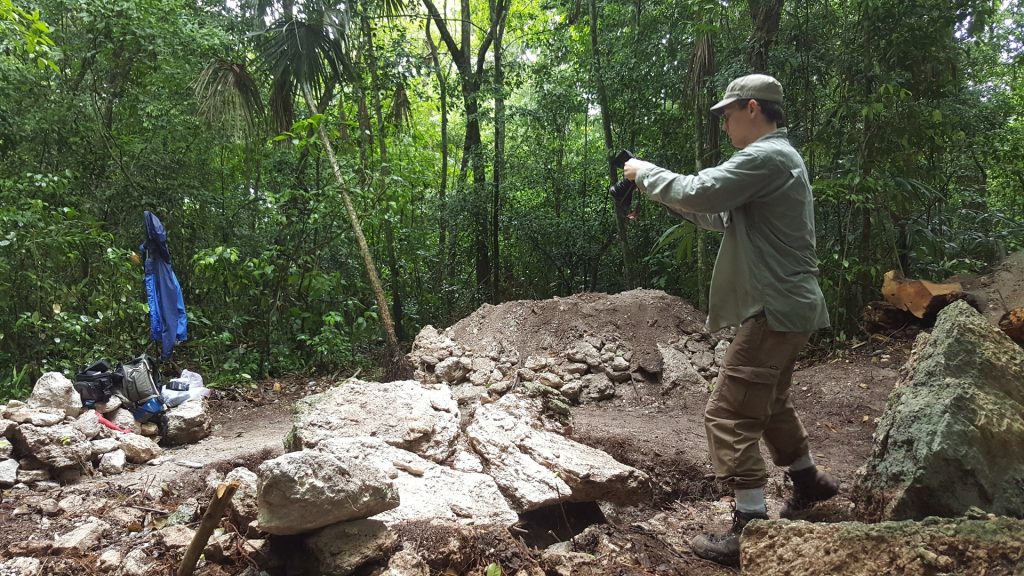 An anthropologist at The University of Alabama is part of a team of researchers who show brutal warfare in Mayan civilizations occurred earlier than previously thought.

Evidence of extreme warfare tactics in the Maya lowlands, during a time described as a peak in prosperity and artistic sophistication, is described in a paper published online this week in Nature Human Behaviour. This research suggests the Maya engaged in violent warfare that resulted in widespread destruction of a city much earlier than previously thought.

Dr. Alexandre Tokovinine, UA assistant professor of anthropology, is a co-author on the paper. He participated in the survey of the Maya archaeological site of Witzna, helping identify defensive features along with documenting and studying monuments.

Maya warfare during its Classic period, from 250 A.D. to 950 A.D., has been viewed as ritualized and limited in scope. However, scholars have interpreted evidence of violent warfare in the Terminal Classic Period, from 800 A.D. to 950 A.D., as an escalation that catalyzed the collapse of the Maya civilization.

The dominant view of Maya warfare has couched it as a prestige-boosting exercise, Tokovinine said. Strict rules of engagement dictated war as capturing high-value nobles for political humiliation or ransom for resources while essentially leaving local people and lower-level leaders in place, he said.

Total warfare, where military campaigns target everyone and everything, is widely believed to happen in Mayan civilization during the last century of the Classic period, or Terminal Classic period, as overpopulation and drought led to intense competition of resources such as irrigated and terraced fields, gardens and managed forests

Learn more about the findings by reading the full article on the UA news site.