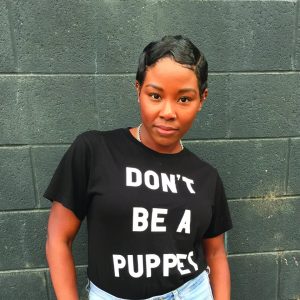 For many people, graduating college early and working an internship doing special projects and surveillance for the FBI is a dream come true.

But for Huntsville native Laci Jordan, it was disconcerting.

She had been taught from a young age to find a job where she wouldn’t have to live paycheck to paycheck, and while she seemed to be well on her way toward achieving that, she wasn’t happy.

With only a few electives between her and graduating in three years from The University of Alabama with a bachelor’s degree in criminal justice, Jordan encountered something at the FBI that grabbed her curiosity and took her down a path she never imagined.

At the FBI, she was introduced to someone using Adobe Photoshop and Illustrator to lay out an arrest.

“I thought that was cool that it could be used for that. I also had a roommate who minored in design and I found it interesting, but I never thought I could do that with my life because I didn’t think I was creative.”

With her remaining electives, she decided to take a textile design course. She loved it.

“It was really, really creative when I got into it.”

Her curiosity piquing, she went to the College of Arts and Sciences to ask what would it look like if she wanted to get a degree in graphic design.

A plan was laid out, and in 2010 she graduated with the degree she originally pursued in criminal justice. She immediately re-enrolled and graduated with a second degree in digital media in 2011.

Learn more about Laci by reading the full article on the UA news site.