Roy Moore has been a darling among the Protestant evangelical voter ever since his first social crusade in refusing to remove his Ten Commandments monument from the Alabama Judicial Building in Montgomery … The “evangelical voter” is a “nebulous term” that can include Southern Baptists, but also includes Pentecostal or the Holiness side of American Protestantism, according to Michael Altman, a religious studies professor at The University of Alabama.
Gears of Biz – Nov. 14

The Port Rail: Service to our country deserves our respect: Tuscaloosa News – Nov. 12

This column is dedicated to all who have served in the military, or, for that matter, all who are now serving and will one day become veterans. It is a time to remember not those who have died in service — celebrated on Memorial Day — but recognize those still living. (Larry Clayton is a retired University of Alabama history professor. Readers can email him at larryclayton7@gmail.com.)

Classic Shakespeare meets modern high school romance in the Hudson Strode Program’s presentation of “10 Things I Hate About You.”  Heath Ledger and Julia Stiles star in this 1999 adaptation of Shakespeare’s “The Taming of the Shrew.” … The Hudson Strode Program is a part of the Renaissance Studies in the English Department at The University of Alabama. It promotes the study of English literature ranging from Skelton to Milton.

Top Senate Republican Mitch McConnell says Moore should drop out after a Washington Post report alleging Moore had sexual contact with a 14-year-old girl, and pursued romantic relationships with other teens decades ago. McConnell says Moore should step aside for another GOP candidate. But University of Alabama political scientist Joseph Smith doesn’t see that happening.
WGUL-AM (Tampa, Florida) – Nov. 13 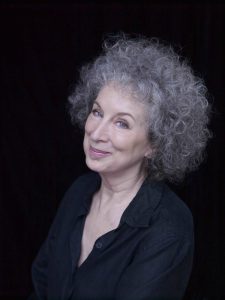 In 1985, Margaret Atwood was teaching at The University of Alabama as the Honorary Chair of the Masters of Fine Arts program. During her time here, she finished one of her most famous novels, “The Handmaid’s Tale,” which was recently adapted into an Emmy-winning television show on Hulu.
Crimson White – Nov. 14

The University of Alabama Moody School of Music is proud to present the Concert Band directed by Johnny Heath Nails Thank you for joining us for tonight.

As a part of geography awareness week, students can visit the geography table set up in the Ferguson Center to see and play in a virtual reality sandbox, learn more about how climate is studied using tree rings, and learn how to explore the world.

Where have all the Christians gone?: The Lutheran Church News and Information – Nov. 14

America is becoming less Christian, more secular, and more unbelieving — and the rate of this change is rapid … Each of these sources of a church’s membership is under attack by secularization in America today. Dr. George Hawley of The University of Alabama reports that there is a strong connection between faith and family, and that the “causal arrow” works in both directions.

How psychologists can bring their expertise to end-of-life care: American Psychological Association – Nov. 15

Several times a year, “CE Corner” presents a hypothetical ethical situation and asks ethics experts to offer insights on how to address it. Here is this month’s vignette: … End-of-life care can be a touchy subject, and one that’s often misunderstood. “In the U.S., people can talk so much more easily about sex than death. There’s a need for palliative care literacy,” says Rebecca S. Allen, PhD, a clinical geropsychologist at The University of Alabama who studies psychological interventions for people with chronic and terminal illnesses.

Aging is accompanied by many changes and many of those changes are losses of type, losses of independence, losses of the ability to have certain activity, losses of friends and family. That means that the elderly can be prone to depression. Let’s listen to a conversation with Dr. John Burkhardt a clinical psychologist from University Medical Center about depression and the elderly.

Today, we Americans seem to relish political incivility, accept violence as normal, fear immigrants, consider bipartisan cooperation immoral and worship guns. Only briefly do we stay aghast at mass shootings of 6-year-olds, concert attendees and churchgoers … today, we Americans see too many gun deaths and massive shootings. In his studies, Adam Lankford at The University of Alabama, reported in The New York Times, that Americans own 42 percent of the world’s guns, but have less than 5 percent of the world’s population.
The Logan Banner (West Virginia) – Nov. 16

The radical right is an umbrella term that encompasses numerous groups including the alt-right, a term that came into usage during the 2016 presidential campaign … In “Making Sense of the alt-right,” University of Alabama political scientist George Hawley states the typical alt-right enthusiast does not fit the stereotypical radical-right KKK or Neo Nazi profile.