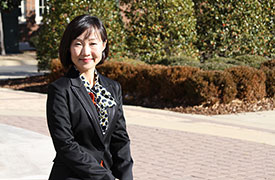 Q: Why are Neo-Nazis now be referred to as the Alt-Right? A: “There is diversity of opinion among people that describe themselves as part of the alt-right,” George Hawley, a political scientist at the University of Alabama, told USA Today, “but most of the people who are energetically pushing the movement can be described as white nationalist.” While most people in the alt-right are not neo-Nazis, they are “well represented” in the group, Hawley says.

Festival of the Arts Committee Scholarships

Alexandra “Ally” Thomasson, a 2017 Lecanto High School graduate, is one of three recipients of this year’s Festival of the Arts Committee scholarships, awarded exclusively to Citrus County high school seniors pursuing a post-secondary education in the visual arts field. With a double major in biology and art, Ally will be attending the University of Alabama in a program called the University Fellows Program as part of the Honors College.

The Annual Knap-In and Birdfest

Two educational events at the University of Alabama’s Moundville Archaeological Park are scheduled this weekend. The annual Knap-In will take place Saturday and Sunday at the park. Expert knappers will demonstrate how Native American arrowheads, points and stone tools are made. There will also be a children’s area, food and other outdoor demonstrations.

Coming up on today’s show … How have the alt-right and fringe conservative media sources been covering the investigation into possible Russian collusion with the Trump campaign? George Hawley, an assistant professor of political science at the University of Alabama author of the forthcoming book “Making Sense of the Alt Right,” answers.

What a total solar eclipse looks like from space: Senegal ACTU – July 20

Dr. William C. Keel, professor of physics and astronomy at The University of Alabama, is available to talk about how to view the solar eclipse happening across North America Aug. 21. The American Academy of Ophthalmology recommends eclipse glasses and handheld solar viewers made by manufacturers Rainbow Symphony, American Paper Optics, Thousand Oaks Optical and TSE 17.
WVUA (Tuscaloosa) – July 21

Twenty years ago, Edie Barnes teamed with fellow Birmingham native Gage Bush Englund to choreograph a line from Tuscaloosa to the Big Apple. The world-renowned American Ballet Theatre chose the University of Alabama as site for its first summer intensive training program, also first for the ABT with any university. The concept’s now spread to other campuses, but UA continues premier status. At noon and 1:30 p.m. Saturday there’s a closing showcase of performances at the Moody Concert Hall, demonstrating some of the past three weeks’ work.

Mexican immigrants living in a rural Mississippi county who are very devoted to the Virgin of Guadalupe better face the immigration-related stress of those less dedicated to the Mexican religious symbol, according to a study by University anthropologists Of Alabama.
Costa Latina (Pensacola, Florida) – July 24