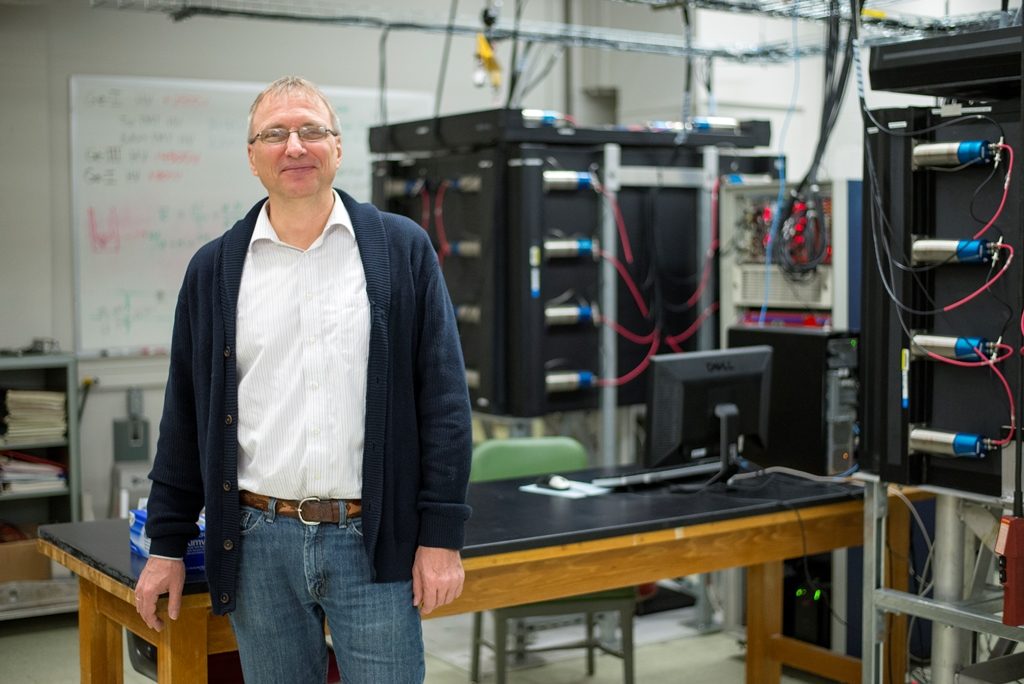 Dr. Andreas Piepke, a professor in The University of Alabama’s department of physics and astronomy, was recently elected as a Fellow of the American Physical Society for his work in defining the nature of neutrinos, neutral subatomic particles and fundamental constituents of matter.

“It’s a big honor and a welcome recognition for work done in the field,” Piepke said.

To better understand neutrinos, Piepke works with neutrino detection experiments—like the one which helped him and a team of national and international physicists win the $3 million Breakthrough Prize in Fundamental Physics in 2015. More recently, this and other work led Piepke to become the only APS Fellow to work for The University of Alabama.

Though neutrinos make-up three of the 12 building blocks of matter, scientists still don’t know much about them.

“We know they are electrically neutral,” Piepke said. ”But until recently we didn’t even know if they weighed anything or not. We have been trying to figure out if there are objects that make up matter but don’t have mass.”

Dr. Giorgio Gratta, a professor of physics at Stanford University and long-time collaborator of Piepke’s, nominated Piepke to become a fellow of the APS.

“They get a lot of nominations, so this really means something,” Gratta said. “Andreas is essentially a world leader in this area of research.”

Read the rest of this article at www.ua.edu/news.