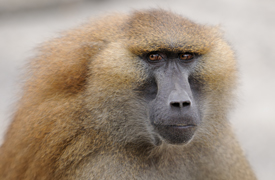 Baboons make sounds that are similar to the vowels a,e,i,o and u, researchers said Wednesday, suggesting that some monkeys have had the physical capacity for language for millions of years. The findings in the journal PLOS ONE add a new dimension to the long-running debate over how language began and evolved, by showing that baboons possess a tongue and larynx that allow them to make a series of vowel-like sounds … Other researchers involved in the study came from Grenoble Alpes University, the University of Montpellier and New College, University of Alabama.

Do baboons fart? What about salamanders? Millipedes? These questions sound like the sort Bart Simpson might have asked to derail science class. But real-life scientists are now taking to Twitter to provide answers. So far, they’ve created a hashtag — #DoesItFart — and a Google Spreadsheet that details the flatulence habits of more than 60 animals … “We spend a lot of time with our study organism and see some interesting or weird behaviors,” said Nick Caruso, a researcher of salamanders (which do not fart) at the University of Alabama and creator of the open-access #DoesItFart spreadsheet. “This type of info, unless directly relevant to the study, may not make it into our publications and we don’t always get a chance to talk about it.”

At 25, I recognize and hope that I’ve probably still got a generous chunk of life left to live. I am by no means over the hill, day old bread, slipping into the grave—or whatever other toxic euphemism we’ve got stored up in our cultural arsenal. (Christina M. Pierpaoli is a third-year graduate student in the Clinical Geropsychology doctoral program at the University of Alabama under the mentorship of Dr. Patricia A. Parmelee) 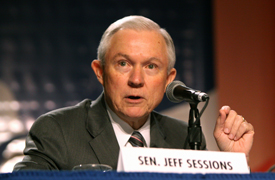 William Rufus King served as Vice President for six weeks before his death in 1853. Benjamin Fitzpatrick, a few years later, served as the U.S. Senate’s president pro tem. From 1936  to 1940, William Bankhead of Jasper served as the nation’s 42nd Speaker of the House. And though a native of Birmingham, former Secretary of State Condoleezza Rice has long resided in California, where she was once a provost at Stanford University … “Senator Sessions may be Trump’s most controversial cabinet member,” said Richard Fording, political science professor at the University of Alabama, who believes the forthcoming hearings could also put Alabama’s past difficulties with race relations in the national spotlight.