Twenty-two year old U.S. Army Sgt. Shaun Castle was on a training mission in Germany when the pulsing rounds of a Mark 19 automatic grenade launcher rang out unexpectedly and drastically changed the course of his life.

He had been teaching a solider how to use the weapon, which was mounted on the top of a Humvee, but the soldier fired prematurely. The Humvee recoiled, and, in an instant, the brush guard of the vehicle slammed into Castle’s lower back—cracking two vertebrae, herniating three discs, and sending bone into his spinal cord.

Castle was paralyzed. But far from ruining his life, paralysis has actually paved the way for some of his greatest accomplishments—playing collegiate wheelchair basketball at the University, meeting President George W. Bush, hosting a Fox Sports radio show in Los Angeles, starring in a Randy Houser music video, and so much more. 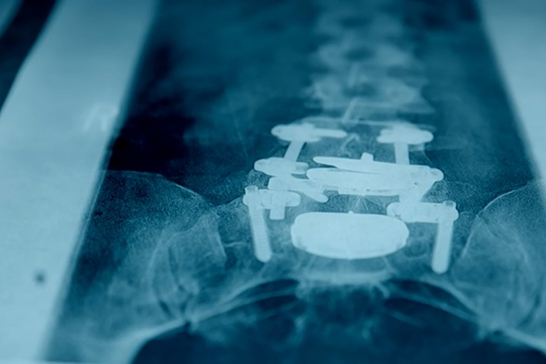 “Of course I wish I could have my body back,” Castle said. “But these are the steps that got me here, and I wouldn’t change it.”

Sixteen years before Castle, a New College LifeTrack senior, came to The University of Alabama to play adaptive sports, he dreamed of playing basketball at the collegiate level. He even had scholarships. But he also had consistent knee problems, which lost him his spot on the court and sent him into the family business, the military, instead.

Castle’s father served in Vietnam. His grandfathers served in World War II at Normandy and Bastogne. His sister, cousins, and uncles also served.

In his first year out in the field, the New York native met Thomas Robertson—a homegrown Alabama boy, who gave Castle his first taste of the Alabama-Auburn rivalry. 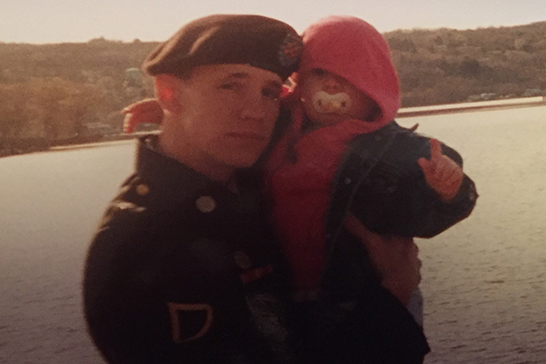 “Rob is a huge Auburn fan,” Castle said. “So the first year we met, I bought an Alabama hat and shirt just to mess with him.”

That year, UA won the Iron Bowl, and Castle cheered Alabama on the whole way. He never expected to wind up in the South—let alone be a part of the Crimson Tide. But when Castle was injured in 2004, his doctors told him that he would need to move somewhere warm to help keep the titanium in his spine, which was holding his spinal discs in place, at body temperature.

Castle called up Robertson, who was home from the Iraq War as well, and decided to visit Alabama for the first time. He fell in love with the state and has been here for the last 12 years.

Castle did not immediately come to UA, however. Just a few years after moving to Alabama, Castle found himself back in the hospital.
He was 30 and in good health, but unexpectedly, his organs began to shut down. He went to the Veterans Affairs Medical Center in Birmingham, and for a while he was in danger of losing his life. No one seemed to know what was happening until they realized that Castle had developed an allergic reaction to pain medication—everything except Tylenol.

For years, pain had been a daily struggle for Castle. Without medication, he could only be in his wheelchair for two to three hours at a time before he had to lie completely flat.

“Whenever I play basketball, train, work out, or even move around, I feel brutal shots of pain down my right leg,” he said. “It’s not fun going without pain medicine, but it’s actually better; my mind is clear at all times, and I’m able to feel everything—the highs and the lows. It reminds me that I’m alive.”

While at the hospital recuperating, Castle met a recreational therapist who told him about adaptive sports for the first time. She explained that at the Lakeshore Foundation in Birmingham, he could play basketball, swim, play tennis, and do just about everything that he used to love to do athletically. He decided to try it out, and he fell in love instantly.

“I remember rolling into the field house and seeing the Olympic rings,” he said. “It clicked, and I knew that’s what I wanted.”

From that day onward, Castle spent six days a week—five to six hours a day—training at Lakeshore. He got better and grew stronger, and eventually he joined the Lakeshore basketball team, which led to him earning a spot on an international team based in Leone, France.

“I’m a veteran, but sports have taken me around the world,” Castle said.

But Castle put his world travels on hold when Ford Burttram, a friend from his days at Lakeshore, was appointed head coach of the men’s wheelchair basketball team at UA. Years earlier the two had joked that if Burttram ever became head coach, Castle would come to play for him, so when Burttram called and offered him a spot on the team, Castle decided to leave France and return to Alabama. He joined the men’s wheelchair basketball team, and began, for the first time, to live his collegiate dream.

“Shaun brings a unique perspective to the team with his background as a soldier and the life experience that he has accumulated,” Burttram said. “He has blossomed as a basketball player … and he is an asset for the Alabama family.”

Castle, now in his final year at the University, says that of all his accomplishments, his time at UA has created some of his proudest. He loves being in New College studying presidential leadership, and he has loved playing adaptive sports in Foster Auditorium. Last year, the men’s team finished second nationwide, and Castle fully intends to come away victorious in his final season.

“When I do walk away—or more appropriately roll away—with my ring next year, I will be so unbelievably proud because I will know how far I have come and how hard I have had to work to attain not only my athletics, but my academics,” Castle said.

Throughout the last 16 years, Castle’s life has been anything but predictable, which is why when he was asked where he thinks he will be in the next ten years, he gave a firm, “I have no idea.”

Currently he has a job offer in Los Angeles to be a radio show host; some people have talked to him about becoming an actor, and others have suggested that he become a congressman; he would love to go to the 2020 Paralympic games; and his dream is to be president of the Paralyzed Veterans of America. No matter the path he takes, he says he will keep going.

SIDEBAR: A Life of Service 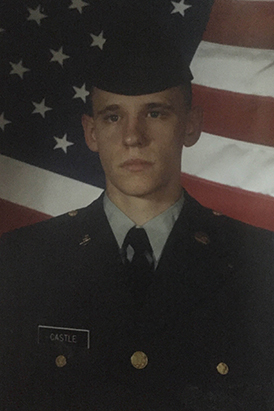 Shaun Castle not only served in the United States Army for four years as a soldier and sergeant; he also has made a life of service.

Castle is the face of the National Veteran’s Wheelchair Games, an annual event where veterans compete in 18 wheelchair sports; he volunteers with the Make a Wish Foundation; he helps in any way he can with Paralyzed Veterans of America; and he sponsors children to play sports who wouldn’t be able to afford it otherwise, buying their equipment and paying for their entrance fees.

“Mike Mouron and I were developing some promotional materials for the cottages he donates to Lakeshore Veterans, when he offered to pay for the rest of my schooling,” Castle said. “I was so grateful to him because the VA can only pay for some things, but I also wanted to help out the boys on the team, so I asked him if I could talk to him about something else as well.”

After discussing the needs of Adapted Athletics with Castle, Mike and Kathy decided it was a program they wanted to support.

“Six months after that conversation, I learned that a new arena would be built,” Castle said. “And that means that my university will be the first university in the country to have an adapted sports arena. Young students will be able to come here and be true athletes, which they deserve because they—and we—are true athletes.”