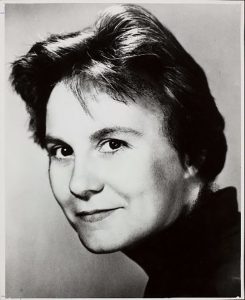 In the wake of Rosa Parks’ famous bus ride and the landmark Supreme Court case Brown v. Board of Education, young Harper Lee wrote the first iteration of To Kill a Mockingbird—an unforgettable story of racial injustice, loosely based on Lee’s Alabama hometown and the 1930s Scottsboro rape trials.

Mockingbird preceded the Civil Rights Movement by 30 years, but readers and critics alike saw the parallels to their current social climate, and they loved it. Overnight it became a public and critical success, winning the Pulitzer Prize, ranking in best-seller lists, and eventually earning Lee the Presidential Medal of Freedom.

Though Lee never graduated from UA officially, the former law student (1945–1949) and Rammer Jammer editor received an honorary doctorate from the College of Arts and Sciences in 1990 because of the great impact of Mockingbird.

It was her greatest work—and for 55 years it was her only published novel. Fans didn’t expect to hear from Lee again, so when she released Go Set a Watchman in 2015, just seven months before she died, they panicked.

“There was this tremendous anxiety that Watchman wouldn’t be as good as Mockingbird and that it would tarnish Harper Lee’s literary reputation,” said Dr. Andy Crank, an assistant professor in the Department of English. 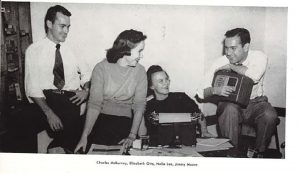 Some speculated that Lee had been manipulated into publishing Watchman. Others suspected that in her old age she was no longer in control of her assets. Crank hypothesizes, however, that it is just as possible that Lee—who had spoken out in one of the nation’s most critical moments through Mockingbird—was speaking out again to say that, in the pursuit of civil justice, the nation had a long way to go. Crank details his argument in “Unkillable Mockingbird,” an article recently published in the Los Angeles Review of Books.

To show that the release of Go Set a Watchman was intentional for Lee, Crank turned to the age-old character Atticus Finch. In Mockingbird, Finch is the quintessential champion for civil rights as he defends Tom Robinson, a black man falsely accused of raping a white woman, in court. For decades, Finch was the poster child, Crank argues, for what white America saw itself becoming, a nation moving from racism to equality.

However, in Watchman, Finch falls from his pedestal. Instead of standing strong in the defense of justice and human rights, he champions segregation and crushes the childhood hero his daughter Jean Louise “Scout”—and contemporary readers alike—envisioned him to be.

“For a large part of her life, Lee probably saw Watchman as just a first draft of Mockingbird,” Crank said. “But in 2014 and 2015, an era of social movements like Black Lives Matter and I Can’t Breathe—an era when black teens are senselessly shot in the street—Watchman suddenly became important again.

“It was the right historical moment to show America that our post-racial fantasy was bankrupt.”

Crank suggests that the release of Go Set a Watchman was Lee’s way of telling the world that we have not evolved past prejudice and racism. The novel is an invitation to go back and re-read Mockingbird and see that its message still has relevance today.

For local alumna and teacher Billy Jo Kennedy, who teaches English at Central High School, Mockingbird’s social relevance to her students is one of the reasons she enjoys teaching it year after year.

“Even though Tom Robinson is an older character, he still dealt with some of the same issues—like profiling and injustice—my students experience or see in our society today,” Kennedy said.

In fact, in 2012, after 17-year-old Trayvon Martin was shot in Sanford, Florida, Kennedy used Mockingbird to talk to her students, who are predominantly African-American, about the current social climate.

Although Kennedy and Crank acknowledge that Mockingbird isn’t just about race—noting that it captures the essence of childhood and relationships equally poignantly—the racial component is perhaps what Lee is most famous for.

It is her legacy—a legacy, Crank says, she purposefully chose to revisit just a year before her death.

As Crank wrote, “The most fitting result of all the controversy over Watchman is that Harper Lee is back where she belongs, prompting a painful but needed national conversation.”